AOA Seolhyun is now recovering after collapsing during a recent performance.

On Saturday at the opening event for Fortnite Korea, Seolhyun from girl group AOA collapsed on stage. According to reports, the group was performing for the event held at Korea University’s Hwajeong Gymnasium when the incident took place.

Prior to fainting, reports say that the singer already looked ill and that the audience was surprised by with pallid look and the rapid deterioration of her complexion. While performing “Like A Cat,” the singer collapsed but managed to sit up. The other members of the group helped her to her feet and off the stage.

Seolhyun was then rushed to the hospital for treatment. According to FNC Entertainment, she felt dizzy and was disoriented by the fireworks that went off during their performance. The agency promised to look after the health of the members and apologized for any concern the incident caused.

Currently, she has returned home after her visit to the hospital and is recovering. 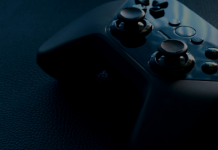 [Opinion] The Lurking Legend of K-Pop