Home NEWS Drama Drama Adaptation of ‘Along With the Gods: The Two Worlds’ Is Coming...

With more time and fewer restrictions, the planned adaptation will fully explore the story’s universe and include more essential characters.

On December 28, “Along With the Gods: The Two Worlds” producer Won Dong-yeon said in an interview that starting next year they will begin to prepare for a drama adaptation of the film. Moreover, the drama adaptation will include more characters from the original story who were excluded from the movie.

“Along With the Gods: The Two Worlds” is an adaptation of a popular comic book series “With God” (literal translation), by Joo Ho-min. The comic book series consists of three significant arcs published as different volumes: the underworld, the living world, and the gods. It is a satirical story about the intertwined destiny of gods and man. Moreover, what makes the story unique is the use of Korea’s traditional gods and several main characters. Also, the comic was first published in 2010 and ran until 2012. Meanwhile, the film premiered on December 21 and had quickly risen to the top of the box office.

Eight days after the film’s opening it has already attracted 5.69 million movie-goers.  “Along With the Gods: The Two Worlds” took six years to produce and is considered a masterpiece. Nevertheless, during those six years, crew-members worried over the film’s story. Details, settings, and characters included in “With God” did not appear in the movie.

However, Won Dong-yeon admits that deviations from the original story were necessary for the film adaptation. Since the story involves a number of characters and situations, it was necessary to tweak it to tell a complete story within a film. More, Won Dong-yeon, who had already purchased the rights to make a drama when he made the movie, also expressed his dedication to the original story.” “I plan to write a script during next year and produce a drama for the next year.” “It will be a faithful work to the original,” he said.

The film is currently in theaters worldwide. Check your local listing to find a theater near you screening the movie. 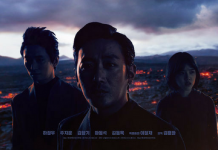 ‘Along With the Gods 2’ Confirms Premiere Date

Actors Cast to Replace Oh Dal-Su, Choi Il-Hwa in ‘Along With The Gods: The Two Worlds’ Sequel 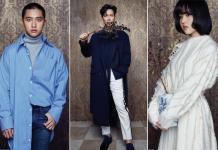 The Cast of “Along With the Gods: the Two Worlds” Come Together for High Cut Pictorial