Actor Jung Gyu Woon shares he is currently in debt after taking a break in the entertainment industry.

On SBS’s 2nd season of ‘Same Bed Different Dreams’, actor Jung Gyu Woon told his wife that their assets are currently “minus” meaning in debt. The actor initially did not want to tell his wife their financial situation but had to at her insistence and plans to seek a part time job. He married his non-celebrity wife in 2017 who is currently a graduate student majoring in classical piano.

Jung Gyu Woon shared he has not taken any new roles, not because he doesn’t want to work, but because of the offered roles. He felt all of his past characters and offers for new works were very similar and wanted to explore new types of roles. However as he didn’t accept any offers, its probably the entertainment industry assumed he wasn’t interested in acting anymore. Hopefully many directors will see this week’s episode so we will see him on the screen in the near future. 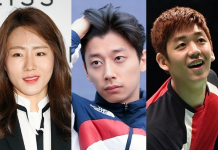