Hyun Bin who recently starred in “Memories of the Alhambra,” will be meeting fans in three different countries on a newly announced fan meeting tour. So far, the actor will hold the fan meets in Korea, Taiwan, and Hong Kong starting in April.

Notably, titled “Log Into the Space – 2019 Hyun Bin’s Fan Meeting Tour,” will be his first such even in six years. The last time the actor had a similar tour was back in 2013. Understandably, the announcement has been welcomed news for his fans. With this six-year gap, VAST Entertainment, the actor’s agency, said that they have carefully prepared events for fans who have waited for so long.

Meanwhile, the Korean fanmeet takes place on April 13 with tickets going on sale later this month. 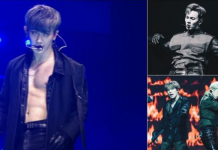