While it’s been reported that an anonymous K-pop singer has gotten preferential treatment at Kyunghee University’s Graduate School, Jo Kwon has been named as a potential candidate according to a media report.

On February 6, SBS “News 8” reported that a singer from a famous K-pop group has unfairly earned a graduate degree at Kyunghee University.

According to the guideline for the mandatory graduation performance at the university, the performance has to be more than 60 minutes in length and the performer should hire session musicians who are not involved with the school. However, the accused K-pop singer, who merely held a busking performance on the street did not have a problem earning the degree.

The mentioned media released a blurred image of graduation performance brochure, which people soon recognized that the image is the same as one of Jo Kwon’s album covers.

If the media used the image irrelevantly to the controversy, it may be involved in a legal issue due to defamation. Jo Kwon’s agency Cube Entertainment, however, is growing the doubt as they are not responding to contact or releasing any statement. 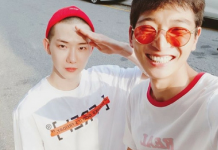 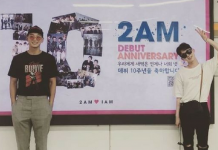 Jeong Jinwoon and Jo Kwon Celebrate 10th Anniversary of 2AM Together 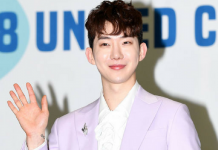