A trip to the Jeju Glass Castle is considered a magical experience. The attraction features an exhibition hall, garden, labyrinth and various models made out of glass. In total, there are six theme areas and over two hundred and fifty individual glass sculptures on display ranging from realistic — like the oranges above — to cute and cartoonish.

Gonjiam Psychiatric Hospital was named “freakiest places around the world” by CNN and served as the inspiration for a recent horror movie for a good reason. According to local folklore, mysterious deaths began to occur in the hospital which eventually led to its closure. The building was never cleaned out and still has furniture, clothes, and books strewn about — making even more horrifying. While technically off limits, many adventure seekers continue to visit the site.

You have to be 20 years old to enter this steamy attraction. Jeju Loveland is a sculpture park sole dedicated to sensuality and eroticism. In addition to the park, there is a restaurant, cafe, souvenir shop, and two indoor exhibits.

In 1969 Lee Chang-ho stumble upon Oedo island as he was trying to escape intense wind and waves that increased as he was finishing. Since then, he and his wife worked to create the beautiful botanical garden. This garden has numerous sculptures, flora from around the world, a “Stairway to Heaven,” and the Paradise Lounge that offers food. Note that visitors will have to take a 20-minute boat ride to reach the island.

This natural land bridge located on the southern tip of South Korea between Jindo and Modo Island has a supernatural origin story. At some time in the past, ferocious tigers attacked Jindo Island. Although most escaped the attack, one old lady was left behind. As a result, she prayed to the sea god for passage through the sea thus creating the Jindo to Modo Island landbridge.

The landbridge is a 120 foot wide and two-mile long causeway that appears twice a year in May and June at an extremely low tide. Locals and visitors from both islands usually trek to the middle of the footpath and celebrate in the middle.

The Samtan Mine is truly a gold mine…for art that is. Fist opened in 1965, the Samtan coal mine helped fuel South Korea’s industrial development. However, in later years as the industrial age came to a close the mine eventually closed in 2001.

Years later, the mine has been transformed into an art exhibit with over 100,000 pieces from 150 different countries. Additionally, there is a restaurant, occasional live shows, and an outdoor area that can be explored. The “art mine” atmosphere is exceptional and is an absolute must-go destination.

Hwaamdonggul Cave was originally a gold mind that was operational from around 1922 – 1945. However, later when it was discovered that the cave had natural stalactites, it was developed into an attraction that showcased both the natural structures in the cave and the gold that was found inside.

Furthermore, the cave is humongous! It has a total of five section and 41 zones nest in a 2,800㎡ area. A monorail takes visitors to the entrance where they depart down a series of stairs into the Earth to the cave.

Looking for a more relaxing and luxurious attraction? Check out the Sun Cruise Resort and Yacht located in Gangneung. The main resort, which is shaped like a cruise ship, and is perched on a cliff to ensure the best view for visitors.

Inside of the hotel, guests can choose from six different restaurants, drink at a rotating bar, check out the glass floor observation deck over the sea and much more. Additionally, there is a substantial sculpture garden adjacent to the resort and numerous sporting facilities.

On another note, Gangneung is known to have some of the most beautiful sunrises in South Korea.

The 3rd tunnel was discovered by South Korean forces in 1978, appearing to be yet another tunnel excavated by North Korea for the purpose of invasion. The tunnel is deep underground and only accessible by a long downward walk where you have to wear a hard hat. At the bottom visitors will be able to view areas in the tunnel where North Korean forces placed explosives to break down the rock.

Occasionally, visiting troops can be seen taking a tour of the attraction.

This attraction is self-explanatory. It is an eco-friendly and thrilling way that visitors can head to the romantic Nami Island. There are two different locations, Jaraseom or Namiseom, which are 640 and 940 meters away, respectively, that tourists can choose to depart.

Fun fact: the Namiseom Zip Wire is one of the largest zip-line facilities in Asia.

This is one of the newest and hottest (pun intended) attractions on Busan’s Haeundae Beach. Visitors can get a bird’s eye view of the ocean as they ascend 15 meters into the air. In addition to the hot air balloons, Haeundae beach also has other leisure attractions including a giant water slide.

The hot air balloons will be operational this summer. 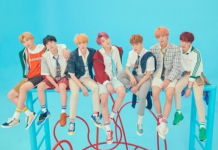 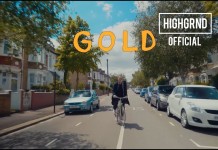