We still have more than a month left of this year, but it’s never too early to get excited about this spectacular drama lineup! There are more than 20 announced titles for next year already and here, we’ve listed some of the most anticipated ones.

Netflix’ upcoming Korean drama series, “Kingdom” is the first-ever Korean “historical zombie” drama. Many are eagerly waiting to see how the two realms meet in the drama. The drama adaptation of “Masquerade” (2012), a historical period film starring Lee Byung-heon. Yeo Jin-goo will act the dual roles of King Lee Heon and the clown who looks identical to the king. The drama revolves around the power struggles, love, and growth of the ancient city of Asadal, the capital of Korean foundation Gojoseon. The cast line-up is great enough to make all the drama fans excited. The spy action thriller drama called much attention by announcing the cast members that include the Hollywood actor Ki Hong Lee. “Vagabond” is about an ordinary man who gets involved in a plane crash investigation and begins to dig up information on the country’s corruption. The queen of romantic comedy is back with a new title. Park Bo-young is to act an attractive prosecutor’s role who revives with a totally different appearance. Produced by Lee Jeong-hyo of “Life on Mars” and written by Jeong Hyun-jeong of “I Need Romance” series and “Discovery of Love,” the upcoming drama marks the comeback of Lee Na-young for the first time in 9 years. The drama remake of box office hit comedy “Miss Granny” (2014) has been confirmed to premiere in 2019.

So I Married an Anti-fan Based on the Korean novel which was adapted into a Chinese film, the drama depicts the relationship between a top actor and his anti-fan reporter as the two ends up living together. 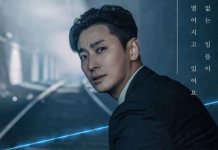 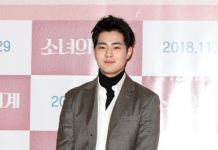