tvN, a relatively new TV network of South Korea, is known to set the trend by presenting one of a kind shows. With the massive popularity of “Reply 1994” in 2013, the TV channel has become one of the top providers of Korean dramas.

tvN in not one of the major TV networks, which comprises KBS, MBC, SBS, and EBS. Nevertheless, the viewership is competitive with any of the major networks, with the top position among cable networks being solidified.

If you want to navigate through tvN’s trendsetting drama series, use the list below as a guide. We’ve sorted 10 tvN dramas by the audience measurements provided by Nielson Korea.

8. Memories of the Alhambra 1. Guardian: The Lonely and Great God 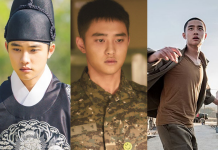